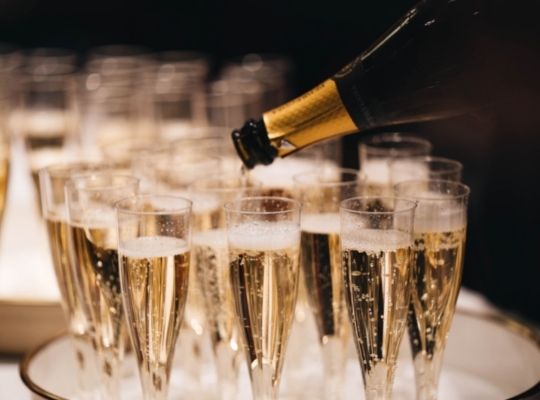 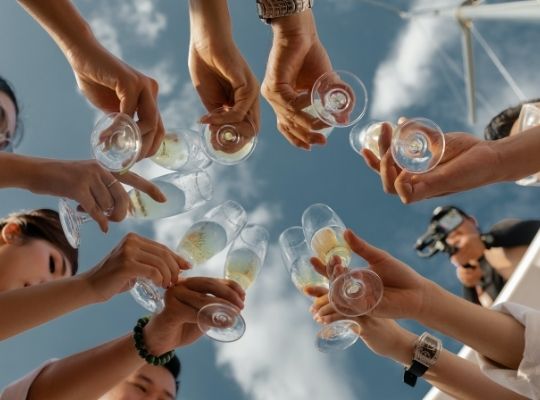 The large houses produce millions of bottles of champagne each year and own a large proportion of the vineyards in the region.  But there are also over 5000 small producers, some that only produce 20-30,000 bottles per year using their own vineyards.  Many of the small estates produce champagne that is as good as, if not better than, the champagne produced by the large houses (and they’re much less expensive!)

Champagne has four subregions: La Montagne de Reims around that city, which is planted mostly in Pinot Noir; La Vallée de la Marne, along the Marne river which is known for its vineyards of Pinot Meunier; La Côte des Blancs, which is planted primarily in Chardonnay with its beautiful limestone soil; and L’Aube, a more recent vineyard area that is planted mostly in Pinot Noir. Each subregion produces champagne with its own character. La Côte des Blancs is best known for its Blancs des Blancs (white champagne made only of white grapes, so exclusively Chardonnay), considered one of the most elegant, almost ethereal, expressions of champagne. La Montagne de Reims is known for its full-bodied champagnes and the Blanc des Noirs (white champagne made from black, meaning red, grapes).