Wine emerged with the hint of our civilization and to be specific, from the East. There is plenty of evidence dating back to 7000 BC where traces of wine were found on pottery fragments in Caucasus which is now known as Georgia. The wines with some traceable roots lead to the Phoenicians in 1000 BC  and the Greeks four centuries later, who colonized the Mediterranean. Eventually, wine was supposed to make its home in Italy, France, and Spain.

Wines From Greece And Rome

Wines from Greece are well documented and praised by the poets in ancient literature. However, it was never drunk straight. Those wines always were infused with herbs, spices, and honey and often diluted in water. Wines from the Aegean were considered elegant and were equally prized. These wines were consumed and celebrated at a drinking party or convivial discussion which we now refer to as Symposium. Greeks took the wine to Italy where they industrialized it and the Romans followed. A lot of writers mentioned grape-growing methods and one particular piece of advice written by Virgil states “Vines love an open hill” is one the best advice to be given to a grape grower. The Romans quickly made it into an industry and scaled this art as far as Hungary and started importing enormous amounts of Amphorae which was their standard 36-liter container from Spain and the entire Mediterranean. 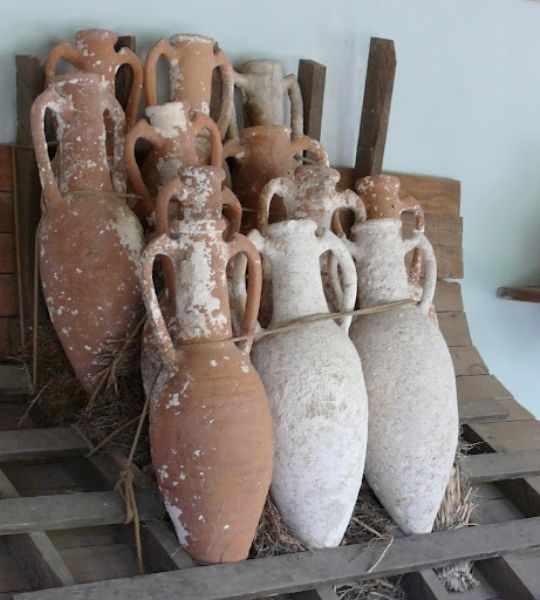 Rome, on the other hand, produced excellent quality wine, the grape must was used to be heated and the concentrated juice was stored over hearths to be smoked which would give it a Madeira-like effect. The vintages were called opimian during the consulship of Opimius 121 BC and were drunk 125 years after being stored in amphorae. The part of Rome where the Celts lived was called Gaul(now France) were the ones who invented wooden barrels and because of the lightweight and easy mobility, amphorae were abandoned thereafter.

By the time Greeks left the southern Gaul, Romans had laid the foundations for almost all the famous vineyards of modern Europe. From Provence to Languedoc, Greeks planted vines before leaving; however, it is unclear when did vines reach Bordeaux which is now considered the epitome of red wine across the world. Romans cleared all the forests around the Bordeaux banks to minimize the ambush possibilities for enemies. The port was the perfect way to ship something like wine and thus Bordeaux was mainly used as a merchant center for wines but eventually, it was economically a viable option to grow vines there. By the 4th century AD, there were vines in the Loire and the Rhine, Burgundy, Champagne, Mosel, and Paris(not a good idea).

After the fall of the Roman Empire, the dawn of wine documentation can be witnessed with painted pages of grape picking, barrels in cellars, and merry drinkers. The church was Rome’s imperial administration under a new guise and became the greatest vineyard owner. Cathedrals and churches are the reason for creating the greatest vineyards in Europe and the first vineyards in America. The Benedictines from Cassino in Italy and Cluny in Burgundy cultivated the most beautiful vineyards until they derailed from their intended purpose of making wine. Subsequently, Saint Robert of Molesme split from the Benedictines and set up the ascetic order of Cistercians within a walking distance from Cote d’Or. This was a very successful move that preserved the intended winemaking process and great care for the vines. Walled vineyards and magnificent monasteries all over Europe are their gifts to the modern world.

However, from 1152 to 1453, the only region not dominated by the church was Bordeaux. The development in this port was strictly commercial. Moreover, the marriage of the Duchy of Aquitaine (most of western France) with the crown of England brought hundreds of wine fleets from every coastal town in Britain to Bordeaux. The English loved Vin Nouveau (wines sold in the same year in which it was harvested). The Vintners Company in London was granted its first Royal Charter in 1363 which gave them the monopoly over the wine trade. However, the production of wine was still under the control of the church, and during this period more and more grape varieties that we know today became prominent. 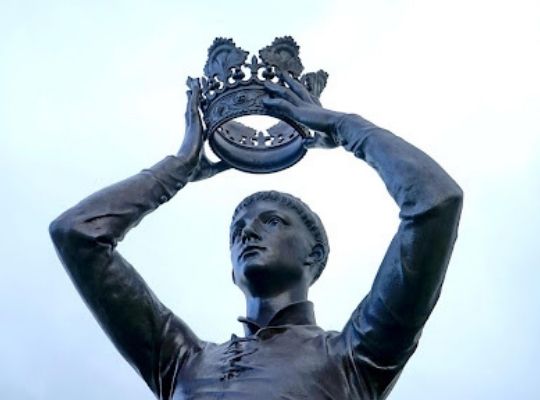 Until the 17th Century, wine was the ruling beverage that was safe and storable. No other beverages were yet invented or discovered. Ales could not survive without hops and quickly went bad. Coffee, tea, or even spirits had not seen the light of the day. Even water was unsafe to drink. Europe during this time drank unimaginable loads of wine. This all changed in the 17th century when a lot of discoveries like chocolate from Central America, Coffee from Arabia, and finally tea from China. The dutch mastered the craft of distilling and thus wine faced a plethora of challenges during the 17th century.

On the other hand, the wine enthusiast found ways to excel in the production and the storage at the same time. The wine was stored in barrels and was poured into jugs made of pottery or leather to serve at the table. Glass-making techniques flourished in the mid-17th century and storing and transporting wine became convenient. At the same time, someone brought the bottle, cork, and corkscrew together and it became clear that wine if kept in a tightly corked bottle lasted longer than wine in a barrel. The wine started developing a bouquet of aromas inside the bottle and thus Vin de Garde was created that eventually increased the prices of this simple grape juice.

Europeans started focussing on the quality of the wine and preferred to produce more Vin de Garde. Delicate wines (Vin de primeur) like Volnay and Savigny which were once fashionable to drink were now sidetracked and gave way to satisfy the demand for long-fermented, dark-colored, worthy of aging vin de Garde, especially from Cote de Nuits. Dominant grapes were identified and eventually, vines were replanted like Pinot Noir in Burgundy and champagne, Riesling in Mosel, Malbec replaced Cabernet in Medoc.

The British had shifted their preference from French wines to now port, not by choice but the French imposed a hefty duty on their wines. Sweet wines like Malaga and marsala were revered and even champagne was sweet.

The wine trade was booming in the mid 18 century as an unhealthy amount of the economy rested on wine. Around 80% of the Italian population relied on wine for a living. Spain and Italy were focussing on making export quality wines and Americans were in the middle of their first wine rush. Unfortunately, this was the time when phylloxera struck and it led to the pulling up of almost every vine. It seemed like the end of the wine world but in retrospect, this helped us standardize the process and introduce grafting and selection of the most desired grape varieties that would lead to a desirable yield and a great chance for a new beginning.