It is difficult to say what the long-term impact of Brexit will be, but it is to be expected that the market may experience similar pressures to those of the global financial crisis in 2008.

So it is understandable that French producers came up with precautions to brace themselves for the likely messy consequences for the industry.

On one hand, we have the Champagne industry for whom the divorce is going to be a particular concern. The UK is the second-largest global market in sales of Champagne and it is by far the largest in volume. Champagne producers are claiming that no matter what happens, there will be a big impact on the market. That is why many Champagne houses have begun searching for ways to ensure solid business for as long as possible. There are basically two main measures to obtain this - the first is to take out insurance against foreign exchange risk. The second is to provide enough stock abroad to carry them through the transition.

In Bordeaux, winemakers and suppliers have taken similar steps. Brokers in Bordeaux have begun registering for VAT numbers in the UK to continue exporting. Winemakers are also shipping stock before there’s a need. Right now way more wine is heading out than usual.

The UK is France’s second-largest market for global exports of wine and champagne, only the United States, which has a population five times larger than the UK, spends more on French spirits.

There is a valid fear that the value of the pound will plummet, driving up the price of French wine. This could mean sales will drop because it will be too expensive. Hence as mentioned above it makes sense to anticipate stock. It’s clearly better to export at today’s price than tomorrow.

The effect on currency seems even more important than England's exit itself. With the devaluation of the Pound, French wines will be less competitive. 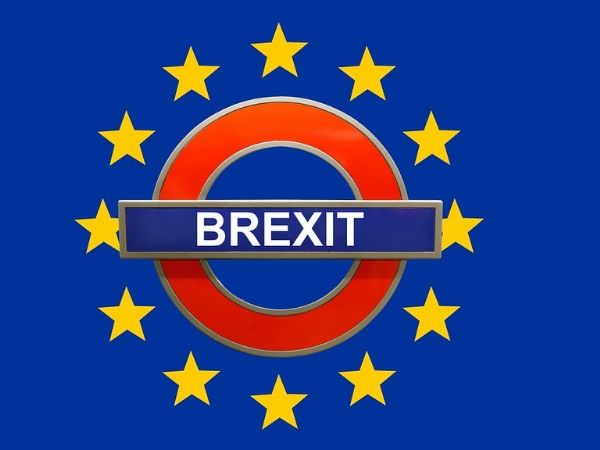 And there are a few contenders waiting in the wings, eager to take over and get their share in the UK market. The worry that the UK will negotiate more favorable trade agreements with other wine-producing nations, such as Australia, South Africa, Chile, and Argentina, at the expense of European exporters, is real. But despite the uncertainty, Bordeaux winemakers are hopeful Brexit won't sever a deep-rooted relationship with British importers, which dates back to the mid-12th century when Bordeaux became an English territory following the marriage of Eleanor of Aquitaine and Henry II. The English are known for being pragmatic and unemotional when it comes to business, so there is hope, that after an uncomfortable transitioning period, England will remain an essential trading partner."

Another, more technical concern for some winemakers is transportation. As a member of the European Union, the UK has benefited from the existing electronic Excise Movement and Control System (EMCS), which simplifies the process of moving goods. But after Brexit, the UK might have to leave the system. Without the EMCS, exporting wine and spirits across the Channel could become a logistical nightmare and remarkably increase transportation costs.

Supply chain disruption and the burden of additional costs through taxation, direct or indirect, would be key challenges that will affect prices and not exactly make customers happy.

But despite still being in the dark about what will eventually happen, the gross of French producers keep a positive attitude and are not afraid to face the challenges. They believe that whether there will be a Brexit or not, or how or what kind of Brexit it is going to be, there will still be very strong relationships between France and the UK when it comes to wine and spirits. Businesses will find a way. There will be sales of French wines in the UK, because the UK isn't one of France's first export markets by chance, British people really love French wines, so it’s not going to disappear. Brexit will manageable, and one important reason simply is because of the quality of the products.

And let's be honest - the long-standing relationships with importers, the connections made over centuries and the advantage of being a close neighbor makes it much easier than for New Zealand or Australia, who are on the other side of the globe.

So let's hope the country will have a very good occasion to celebrate something, whatever it is, and to drink all that wine that is stocked right now in the UK. And the Champagne -  because we know - people drink Champagne when things are going well, not down south.

Register Your Wines For Paris Wine Cup Before February 25, 2022