French own their culture of fine wine drinking so well that you would think they invented the golden liquid. This confident expression of excellent taste is as a result of the viniculture in France that dates back a very long time ago. Since time immemorial, the French have been eating their food with the fine wine experience to compliment the meals.

Wine itself has been around for a long time, even before the official creation of the nation France. In ancient Egypt, the citizens, who on average were quite intelligent and responsible, still engaged in the leisure of drinking wine once in a while.

Back then in Egypt, wine was for the affluent members of the society while beer was reserved for the poor. The Egyptians found themselves inspired to drink wine by the Israelites and Lebanese of the old days, who had already been active in the harvesting of grapes and production of wine since 4000 BC.

Wine is even older than that. Apart from the archaic wine cellar (dating back to 3500 BC) discovered in Armenia by archaeologists, there was the 9000-year-old wine container found in 2004. It was a Chinese pottery artifact depicting the wine-making procedures of Ancient China. In the fairly intact wine container was liquid that was confirmed to be wine that was a mixture of fruit, honey, and rice

The wine is referred to as sangria. And the Chinese have been making it before any nation officially thought of producing wine.

In recent times, however, while we can’t doubt the strength of good Chinese wine, it is the French people the world knows now for making quality fine wine. France has invested a lot of its resources into producing the best wine in the world today

The most famous winemakers in the world are French. France is the most distinguished nation in the world when it comes to the annals and excellence of wine dealership.

As early as the year 1000, the Château de Goulaine, the first winery officially established in France, was in full operation, serving wine to the people of France.

Then almost 600 years later, other wineries like the Dopff-Au-Moulin (created in 1574 and is still in business today), came up all over France triggering a lasting wine culture in the nation.

The grapevines grow well in most parts of France as their soil culture/type is favourable for the growth of good and nice-tasty grapes.

Yes, this has been since the dawn of time.

The French in turn have wisely invested in this resource and now it’s worth billions of any currency you can think of – One of the most prosperous wine businesses in the world.

Alsace, a region in France, has many ancient vineyards and wineries that have in business since the old days. This region is on the outskirts of France, right before and/or on the borderlines so they are a lot of old architecture in this area demonstrating the defense devices of France against invasion from that side.

Because of this, the grapes cannot be cultivated in vineyards outside town like most of the other French towns; in Alsace, the strong walls of the villages protect the wine and grapes.

The credible thing is that notwithstanding the damages incurred by the French due to the wars and revolutions in that land, as evidenced by the world-famous ruins, the vineyards still produce some of the world’s best grapes in Alsace.

The region of Alsace is majorly known in France for its production of magnificent white wines. Alsace fine white wines are praised often for the detail put into the uniqueness of their consistently good taste.

These white wines are about 90% of the appellation rates of winemaking in Alsace. The official white grape variants in the region are Riesling, Muscat, Sylvaner, Auxerrois, Pinot Blanc, Gris, Chasselas, and Gewurztraminer Pinot.

Alsace’s wine route is one of the oldest wine routes in France; therefore it is part of the country’s wine tourist attractions. A lot of wine festivals are held in the region. 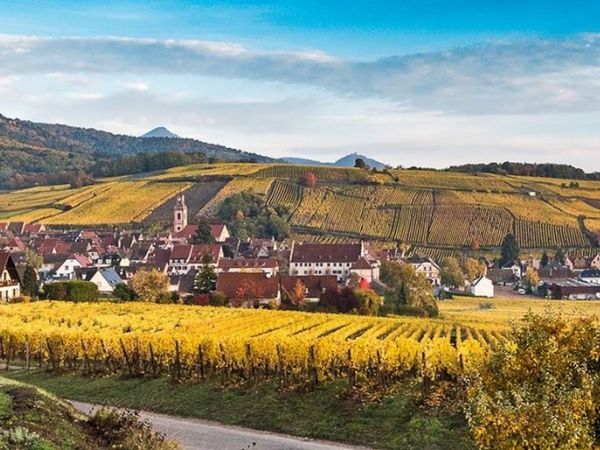 Dopff au Moulin is one of France’s family-established wineries that have been producing wine in the country for a long time. The winery has been making fine wine since the year 1574.

This family’s approach to winemaking is one of precision and art. The wines made here are known to be of supreme quality – the major evidence of that is the Cremantd’Alsace, a distinctly fresh sparkling white wine the winery is famous for.

And since its establishment, for about eleven generations of expert wine producers in the family now, Dopff au Moulin has not looked like slowing down in their quest for excellence. 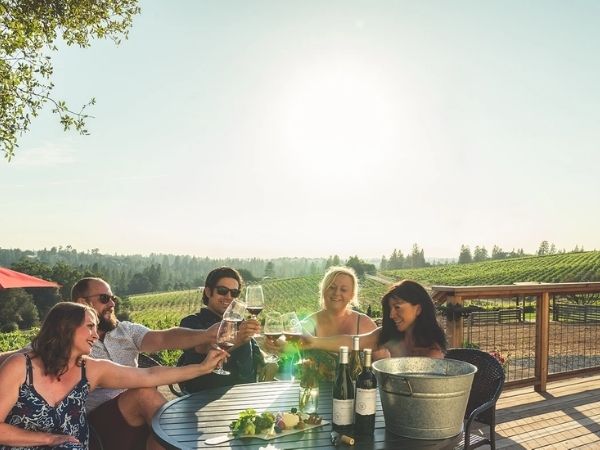 The Mediterranean Vineyards are quite old too but not much is often said about them. They have been in operation for more than 30 centuries now and are still in business because of the amazing solar potential created by the sunshine experienced in that area coupled with the naturally favourable soil in the area. The grapes produced here are especially tasty.

Apart from the vintage French wines that are made here, there are also about eleven other appellations produced in the Mediterranean vineyards. 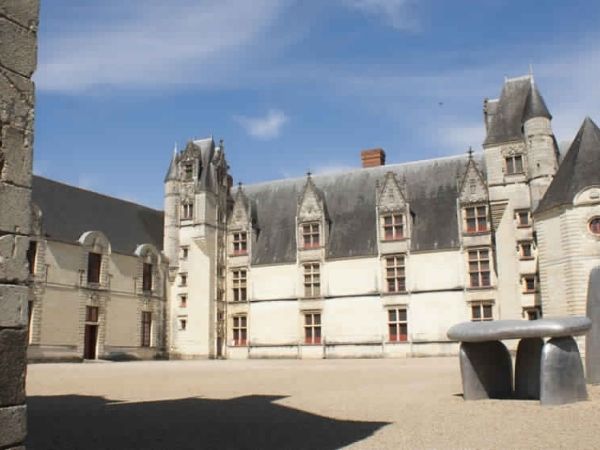 The Château de Goulaine was not used to produce wine for sale to the general public; it started strictly as a family business. However, the grapes yielded from consistently good harvests gave them so much wine that the owners of the winery eventually had to start a profitable wine business with the bounty.

The Château de Goulaine was previously owned by the founding French family, around the years 1788 and 1858, before the estate became acquired during the French Revolution by a banker from Denmark. Before this acquisition by the bank, the castle was for more than one thousand years the home of the family of the Marquis in Goulaine.

The château is where the wine is made and this is situated in the Loire Valley.

Château de Goulaine moved on from making wine for family meals and pleasure to becoming No. 3 on the oldest known business enterprise in the world.

The valuable experience gathered on their part earned them their rightful place as the oldest family-owned business in Europe.
France has some of the oldest vineyards and wineries in the world today and some of those establishments are still well preserved at the moment.

Visiting one of these wineries is a sure way to get useful wine knowledge as you are guided through the history of French wine by the experts.
Over the highs and down, the lows of the past years, despite surviving the ruins of some wars and revolutions, it is still a surety that France leads most of the world’s cultures and nations when it comes to the quality of their wine.