Paris, popularly but unofficially known as the “city of love”, is better known for its romantic scenery, liberal citizens, clean air and lush countryside. However, one thing that Parisians love to do most at leisure time is to have fun every once in a while.

And every Parisian knows that any good time is worth spending with a glass of wine (or several) to savor the moment; this tradition of wine-drinking is not a recent one.  The French have long been connoisseurs of good food and wine, as they are determined to enjoy life to the fullest. Provence, a province located in south-eastern France, is recognized as the oldest wine-producing region in the whole of France.

There are several other wine-producing locations like that spread across France way before the 21st century. However, due to the previous damages done by the wars and revolutions, it wasn’t until recent times that the tides changed for the good of wine businesses in Paris, the city-capital of France.

These days, the times have changed, and Paris now boasts of really great wine bars where there was once destruction and rubble. Paris often gets the best of the French agricultural produce, and that includes the best of the grapes used to make quality wine.

As we’ve earlier established, the tradition of drinking good wine has been around for a long time in Paris. Everywhere you look, neighborhood, arrondissement, is equipped with its own wine bar in the city of Paris.

Some of these establishments have been around since the early times of organized wine drinking in the city and are very valuable to the city’s historical and cultural heritage.

Now, let us look at some of the oldest wine bars in the French city of Paris – 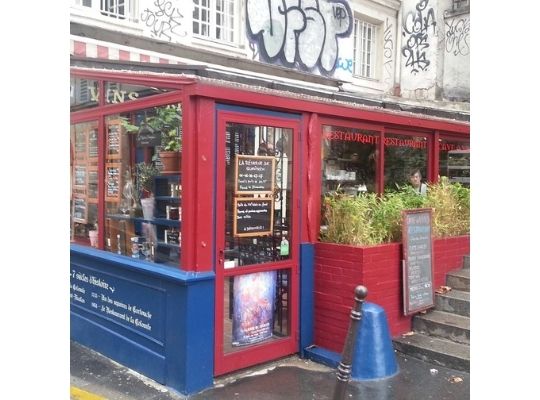 The world-famous Notre Dame cathedral is situated close to this iconic wine bar so, that will make it even easier for visitors to locate. However, don’t be intimidated by its quality, the Réserve de Quasimodo also has an affordable, pocket-friendly menu.

Willi’s Wine Bar is known all over Paris as one of the oldest and most revered wine bars in the city. One of the unique things about the wine bar that many will be surprised to know is that it was actually established by Mark Williamson, an Englishman, in the year 1980.

Before its establishment, there hadn’t been any wine bars as successful and well-renowned. This spectacular wine bar is a top-choice location for people in love with wine all over Europe, and indeed the world, and we highly recommended that you pitch your tent here sometime to satisfy your wine taste-buds.
Willi’s Wine Bar is one very comfortable environment with its magnificent oaken bar and serene culture. You also have the option of making your wine selections by the glass or the bottle – whichever way your preferences lie.

La Quincave, one of the oldest Parisian wine bars, is owned by Frédéric Belcamp, who was a wine connoisseur and savant. This comfortable wine bar offers not only food and drink, it also has wooden shelves that are filled with materials describing for the reader how to make natural French wine.

Along with the fine wine drunk at this place, there is also cheese, terrines and sausage to go with the experience as customers can stand at one of the standing tables in the bar to indulge themselves.

You can find this establishment at No. 17, Rue Bréa, Paris.

The wine bar is not only one of the oldest wine bars in Paris, it is also one of the first of its kind to promote the production and sales of natural wines. It all started in 1981 when Bernard Pontonnier, the previous owner of the establishment started the campaign for making wines the natural way in France.

He was of the opinion that the preservatives and chemicals added to the wine in the process of production did more harm than good to the quality of the wines. Preservatives like sulphur, which were originally added to elongate the life span of wines, started being reduced slowly from that time. In Paris these days, natural wine is favored over those laced with preservatives because of the campaigns of people like Bernard Pontonnier.

Corentin Bucillat and Benjamin Fourty, the new owners of the Café De La Nouvelle Mairie, are determined to continue with the customs of wine-making passed down by the original owner and they have done a good job in doing so. The wine bar now has a wide collection of sparkling wine, all made in the most natural way possible.

Along with the natural wines, customers of the Café De La Nouvelle Mairie can also help themselves to an elegant bistro menu.

You can find this establishment at No. 19, Rue des Fossés-Saint-Jacques, Paris.

If you are looking to mature your taste in wine, and simultaneously be awed by an awesome countryside, then you should really try the wine bars in Paris. You haven’t really been to Paris if you haven’t had healthy doses of good French wine to fully appreciate the scene.

I’m sure your doctor will highly recommend you take this for the good of your body and soul.